"Software to manage all field Inspections"

On the non-rotating sleeveless bushes, the wear on the bush is typically on only 180% of the bush as shown in the following diagram. 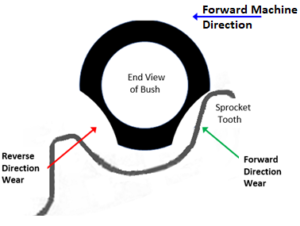 The speed of wear on the bush will be determined by various factors such as:-

Operator skill will also impact on the speed of wear. Essentially the speed of wear on the bush is different from site to site. In the same manner, speed of wear on the link can vary from site to site. The Bush Seals on lubricated chains may also wear quicker depending on the quality of the seal manufacture as well as the condition in which it operates. Some job-site material causes degradation of the seal material. Damaged or worn out seals lead to loss of joint lubricant resulting in dry joints, elevated temperature and associated accelerated joint wear.

Remember, the aim is to achieve as much life out of the entire system as possible with 100% wear on all components of the system being the target.

A bush turn and bush seal replacement may be required at between 60 to 80% of the bush life. This depends on what the limiting factor might be: –

The bush turn budget therefore needs to be linked with whatever the above is the limiting factor.

Another factor affecting this will be the Cost of the Bush Turn. Costs to be considered here include

Where the cost of the bush turn exceeds the cost of the loss in available wear material on the link and bush, the bush might be worn to destruction on the one side, and the whole chain then scrapped.

Undercarriage Inspections are the Pillars for the entire decision process

Regardless of what might be the limiting factor from the different components making up the chain, it might be important to be able to set a Budget or Target of hours or % worn on the bush to the point where the bush needs to be turned. Clearly to utilize this function, the undercarriage should be inspected periodically. A Bush Turn Budget should be set and then monitored. Reminder emails or texts then sent by the Undercarriage system to prompt for a work-order to be raised to complete the bush turn task. Contact TrackTreads if you would like more information on the availability of the Undercarriage Management System in your area. 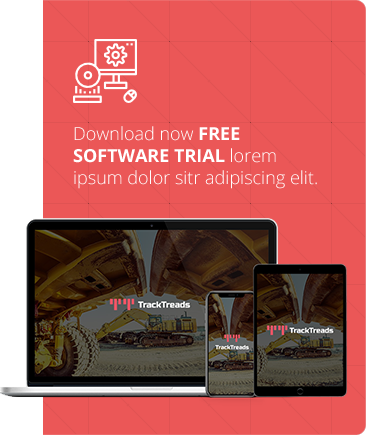 FOR EACH OF THE KITS 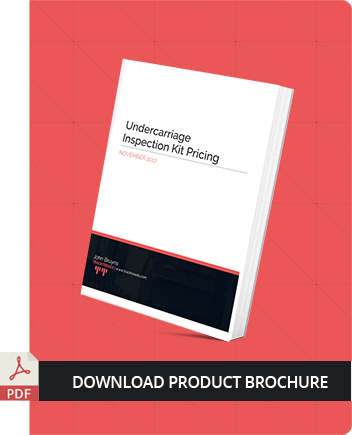