Until now the TrackTreads system for both Undercarriage and Wear surface monitoring of GET and structural components has been focused directly on measurements and evaluations of components and defined observation points. With new Digital Forms, you can now create custom forms that can include the existing observation points as well as a range of other related questions of various types (multiple choice, multiple selection, True/False, free text answers) that can be used to give a fuller and more complete picture of machine health. Questions can be stand alone or be linked directly to existing components to collect measurements and evaluations based on the setup and configuration of those components. For those who have used the current GET system, the new Digital Forms radically expands on the current system of Observation point based inspections. These forms are used in a new Digital Field Inspections (DFI) mobile app as well as in the browser based Web Application. Supervisors can monitor forms in real time as they are filled in by 1 or more inspectors in the field.

Digital Forms also form the basis for the next big addition to the TrackTreads system, the upcoming component rebuild tracker that will allow workshops to track and monitor rebuilds and repairs.

With 7.1 we have also added the DFI Android mobile app to the Android Play Store. Using the Play store will allow for simpler installation and automatic updates to your mobile app as new versions are released.

We are also testing the Digital Field Inspections App on the MS Store with support for Windows Surface tablets and standard Windows 10 support.

We plan on having all mobile Apps available in Apple, Android and MS Stores over the next couple of months.

As with all software, the TrackTreads system is constantly growing and developing. This means finding and resolving any bugs that are identified. Version 7.1 addresses a number of identified bugs in the mobile Apps and in the Web App. We strive to address customer identified issues as soon as we possibly can.

Some of the bugs addressed in this version are;

Our commitment to providing the best systems we can depends on you. We are here help you get the most out of the TrackTreads system so don’t hesitate to call us if you need anything at all.

We pride ourselves on being a user driven company, so if there are any additions or enhancements you think we should include, email us. We will consider any and all user suggestions.

Undercarriage Inspections User Contacts Screen – Uses not flowing through to the User Contacts screen – now fixed. A jobsite column has been added to help understand what sites a user is added to. Inventory Read more… 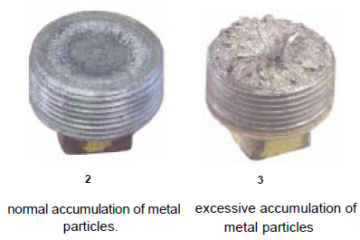 Main Functions; Workshop Repair Estimates – Idler Rebuilds This additional functionality allows a user to complete an Idler Rebuild in the system, take measurements and photos. Interpret the information and the send this as a Read more…

The digital field inspection functionality has been moved completely into the Undercarriage system thus doing away with extra security tokens which was slowing down users by forcing them to login multiple times when swapping applications. Read more…